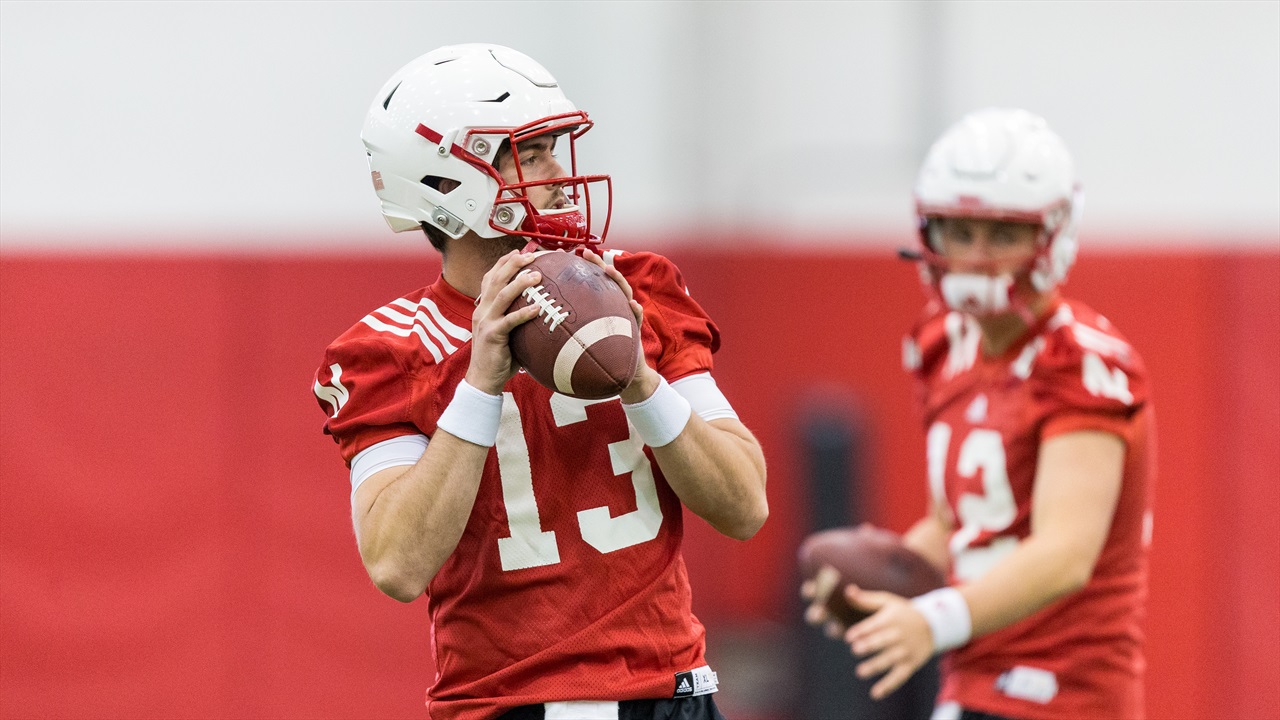 The following is our conversation in its entirety.

Hail Varsity: So just to start, I just want to hear about your experience with Tanner? When did you meet? What did you think of him? What’s your relationship like?

Steve Calhoun: “I got a chance to meet Tanner a couple years ago when he was at Tulane, and that was the first time I saw him at the Manning Passing Academy, so I got a chance to meet him there and was a big fan of him because that was the year [Heisman Trophy winner Marcus] Mariota was at the Manning camp and Jameis Winston and all those guys and he actually out-threw all those guys and I was like, ‘who is this kid?’

“Some of the local coaches from around New Orleans let me know who he was. He was very impressive. And, you know, got the chance to see him again this summer and talk to him and he knows that I work out with Patrick O’Brien so we talked a bit about Patrick and just caught up a bit. He likes Nebraska and Lincoln and… So, yeah, we were just able to catch up a little bit.”

SC: “He’s pretty outgoing. Not a quiet type of person, really engaging, you know. Just a normal person, I mean he doesn’t have a big ego. You would never think he’s a starting quarterback at the University of Nebraska. He’s just a regular guy.”

HV: That attitude seems to have kind of won over his teammates, gotten him the respect of his teammates at Nebraska. I just keep hearing that he’s got that leadership factor and then, obviously, going to Chicago to represent them at media days, that’s a big deal too. Do you see those same qualities in him?

SC: “Absolutely. I mean, the way he handled himself a couple years ago, when I first saw him, just how engaging he was knowing there’s a bunch of high profile quarterbacks there and he wasn’t, um… he didn’t shy away from the competition. He just kind of embraced everything that had to go along with being at the Manning Academy, throwing next to Mariota and Jameis and you can really tell that people gravitate to him and I know his teammates at Tulane and at Nebraska will follow him into battle. That wasn’t hard to notice.”

HV: For a team like Nebraska, going through a little bit of a transition this year, is having a guy like that at that position important from a psychological standpoint?

SC: “Oh absolutely, there’s no doubt about it. I think that’s the one quality that a quarterback needs to possess: the leadership, the intangibles of being able to command grown men and getting them to follow you. You can be the best quarterback in the world but if your teammates don’t want to run through walls for you and follow you into battle and really take care of you, then you’re going to struggle, because that chemistry won’t be there.

“I always talk to my young quarterbacks today, if you’re ever walking through campus and somebody wants to pick a fight with you, if your lineman first don’t come and jump in front of you and say, ‘nah,’ or your other teammates that see that, if they don’t jump in front of you and take that away from you, then you don’t have the respect from your team. If they let you get beat up, that’s a clear sign that they don’t respect you.

“I don’t see that being Tanner at all.”

HV: What is it about his game that has impressed you the most?

SC: “He’s a natural thrower of the football. It doesn’t look like it takes a lot of effort for him to throw it, just how tight the ball is spinning and the accuracy. He always looks like he’s in control. He really understands his body and he’s never off-balance. I’ve never really seen him throw off-balance. He’s always got a great base, which allows him to be accurate. And then how clean the ball comes out every time, it’s like, hardly ever… I don’t think I’ve seen him throw a wobbly pass in the two years I’ve seen him throw at the Manning Passing Academy. That’s the one thing that stands out to me.”

HV: What about going the other direction, what are some pieces of his game that need a little bit more work?

“He’s been out of the game for a year and hasn’t played in a live setting, especially when they start playing against the real Big Ten teams.”

HV: He seems to be coming into a situation in Nebraska that feels like a perfect marriage between the two of them, Nebraska needed a quarterback, and Tanner needed to find the right scheme. Now that he’s here, what’s the ceiling for him this season?

HV: It seemed like when he was at Tulane, the numbers won’t jump off the page but he was getting hit all the time and facing constant pressure. Feels like that could have depreciated his standing with some of the national people that will only look at his numbers and some highlights.

SC: “Right. I don’t think (sacks and pressure will be an issue). Coach Langsdorf is going to tailor the offense especially for Tanner, just like he would for Patrick (O’Brien). They have different strengths and weaknesses but that’s the job of the offensive coordinator, to not expose the weaknesses of your quarterback. So I think he’ll have it dialed in exactly so Tanner can be successful.”

HV: Seems like there’s been a lot of hype surrounding him, and it’s really picking up steam lately, can that almost be a negative thing weighing on a team or a player?

SC: “I don’t believe so. I mean, guys… me as a quarterback, I’d welcome that pressure because it’s going to make me focus harder, work harder to make sure I can keep the media and the critics quiet. But it’s about the guys on the team, you don’t play for the media and the TV stations, you play for the guys that are next to you in the locker room. You hear that ‘Tanner’s going to be an unbelievable quarterback, one of the top guys,’ but you want to prove that to your teammates first before you prove it to any fan or anybody outside that stadium.”

HV: And Tanner’s that type of guy?

SC: “Tanner’s that type of guy. There’s no doubt about it.”

HV: So I’m coming from a situation in Oklahoma where I just watched Baker Mayfield sit out a season after transferring and then come back stronger than ever and surpass expectations. And it seems like that’s becoming more common when you look around the college football landscape, seeing guys come back with a new mentality, a new approach. What is it about sitting out that season that helps those guys?

SC: “I really believe it just makes you more hungry. For you to have to sit out a full year and not be able to go into battle with your teammates that you’ve been grinding with a practicing with day after day, and you don’t get a chance to participate and help them get those wins or if your team lost and you feel there was something you could have done to help your team win, I think it just makes you more hungry and appreciate the game more. And that’s what I believe pushes those guys forward and helps those guys have that type of success.”

HV: Last thing I wanted to ask you is if we could just kind of play a little over/under with some of Tanner’s numbers for this season. When he was at Tulane, his high for a season was about 1,900 passing yards. So, I’ll ask you: over or under 2,000 yards throwing the ball this season?

HV: Interceptions at Tulane was 14, his high in a season. Over or under there?

HV: Last one: 52 percent was his season high at Tulane for completion percentage. Over under there?

SC: “He’ll be over that. I think he’ll be low 60s, I’d say 62, 64 percent. With the design of the offense and great receivers and Coach Langsdorf, who’s a great offensive coordinator. With Coach Riley right there overseeing the whole program, he’s a great offensive mind. I definitely see him over 60 percent.”

Permalink Reply by PT HUSKER on July 29, 2017 at 8:02am
I would have liked some info about POB as well. Is he ready to step in when Lee goes down? Does he (Calhoun ) think we made the right decesion? Fun stuff we could chew on.

Permalink Reply by Nish on July 30, 2017 at 1:59pm
Isn't this the guy that showed Taylor Martinez to hit the broad side of a barn?