What are your core Values? 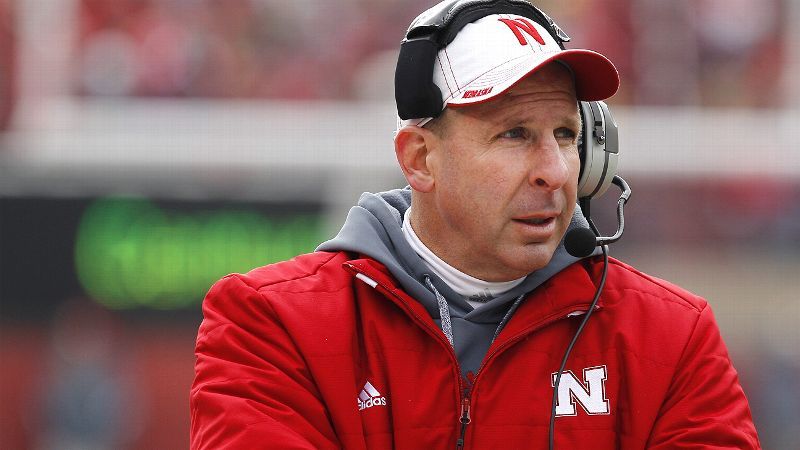 Bo Pelini's Disturbing Use Of That Other C-Word -- Core Values

Definition of above term: the fundamental beliefs of a person, or organization, which guide behavior and action.

In his final meeting with Nebraska football players, fired coach Bo Pelini used the phrase eight times. (Audio of the recorded meeting from Dec. 2 is available here, along with the transcript.) The 47-year-old invoked the expression to emphasize what he sees as the difference between his "core values" (as in, he has some) and those of Nebraska athletic director Shawn Eichorst (as in, Eichorst doesn't).

Pelini explained to his former players that Eichorst is "a total p---y. I mean, he is. He's a total c--t." Later in the speech, the new Youngstown State coach explained that Eichorst didn't "have the balls to go out there and support me" and that he said as much to the athletic director, telling him, "'At a place like this, you gotta be a grown-ass f---ing man to lead something.'"

Kind of sounds as if one of Pelini's "core values" is degrading women.

But, you know, Pelini also used the hollow phrase "at the end of the day" 16 times and "fellas" 18 times, so one could write the whole thing off as humorous -- in a clichéd, college football, kind of way. After all, we've all seen comedian Jason Sudeikis, in khakis and visor, portraying a hard-nosed American football coach in his skits for NBC Sports. (And if you haven't, get on that.)

But here's the thing: Pelini isn't some outlier. Brushing his words aside by saying, "Oh, that's just Bo," doesn't feel quite right. After all, he's using words and phrases you would probably hear walking past a good number of practice fields in this country. Pelini just happens to be caught on tape, for all to hear, instead of spitting sexist phrases while tucked away in the depths of the football team room. The casual misogyny he employs in this speech? Pretty standard in the sports world, and especially in football, which values strength and toughness above most other attributes.

Football is a violent game, so of course coaches need a certain narrative to motivate players to commit to such a grueling sport. Inspiring speeches and all-out effort are awesome. And who doesn't love watching a running back, knocked down dozens of times, finally barrel over a defender for a touchdown? There is nothing inherently sexist about a hard tackle. Pointing out misogyny isn't a threat to the game -- a game plenty of women love, too. But you know what does need to stop? Correlating failure and weakness (whatever "weakness" means) to women.

If you break it down, Pelini is conveying a simple message to his former players: the worst thing to be is a woman, or to be like a woman. And hiding behind the excuse, "C'mon, 'p---y' is just something guys say!" is to willfully ignore the pretty obvious implication of the word, which is that the most embarrassing thing a young man can be called is a female body part. That, "at the end of the day," women are the lowest possible ... anything.

Being intentional with words is the same as being intentional with a fade route. A good coach would never let a player get away with imprecise footwork. Well, why should language be any different? If we have bought into the idea that words can motivate young players, we must also admit they shape perspectives.

(And it's irrelevant whether Pelini is intentionally sexist or just ignorant; that doesn't change how the sentiment might influence his players.)

Maybe this would be easier to disregard if we weren't just weeks removed from a domestic violence crisis in the NFL. Realistically, why are we surprised that some NFL players have complicated relationships with women (and men, for that matter), when they're absorbing this kind of language as 18-year-olds?

The Nebraska administration issued a scathing response to its former coach, to whom it will pay $7.6 million over the next four years -- a fortune, just to go away. "We are extremely disappointed, but it only reaffirms the decision that he should no longer be a leader of young men at Nebraska. His habitual use of inappropriate language, and his personal and professional attacks on administrators are antithetical to the values of the university. His behavior is consistent with a pattern of unprofessional, disrespectful behavior directed by Mr. Pelini toward the passionate fans of Nebraska, employees of the university and, most concerning, our student-athletes. This behavior is not tolersated at the University of Nebraska and, among many other concerns, played a role in his dismissal."

Pelini has been coaching young men since 1991, at places such as Iowa, LSU and Oklahoma.

And now he will continue coaching young men at Youngstown State, where he'll presumably try to instill his core values.

So, what are those core values, exactly?

I think it is outrageous that Bo Pelini brings up core values in his rant to his players after he was fired.  He has displayed few core values in his seven years as the Nebraska head coach.  I will list a few of the  core values I believe he is lacking and these are not in any particular order of importance and there are many more too I am sure:  Loyal, Honest, Inspiring, Respectful, Courageous, Integrity  and Respected. He also lacks many of the core principles of leadership.  The most important point in all of this is now  college football fans nationwide have countless videos and at least two audio tapes at their finger prints that proves my point.  Lastly, it is kind of fitting that Bo is reprimanded on the second day of his new job in Ohio.  They helped create him and they deserve him!   Nebraska can now return to a well respected program it was once known for.  I hope the current players will realize what he did here was wrong and that was why he was fired!

I've had this concern with Pelini FOR YEARS. Everyone seemed willing to turn the other cheek when it came to Bo's behaviors.

Similarly, I lost respect for Coach Osborne when he started bringing thugs to Lincoln in the mid-90s in order to "compete" for a national championship.

From my point of view it is not only the apparent character of the coach that matters but he is ALSO responsible for the players that he recruits.

Bo had issues but at least we weren't being embarrassed by the constant arrests, rapes and domestic violence charges that plagued our team 15 to 20 years ago.

I am 100% confident that Mike Riley will not embarrass this university; nor will we have many, if any, players whose behaviors do the same.

Not sure how many football games that we are going to win moving forward but you need a solid foundation to build a program on and I think that Riley will get the ball moving in that direction.

I don't think we will win as many games and Riley, Eichorst and Perlmans days are numbered

is it just me or did Eichorst pick the Anti- Bo just for the sake of a 180 degree change? seems like he missed his opportunity with this "decisive" hire

thought it was funny Bo brought up the not so smiling faces of the administration after the Iowa win in his address to the team. dejavue

Permalink Reply by Poodle on December 24, 2014 at 12:35am
Riley's days are numbered and he hasn't even coached a game yet?? Wow! Maybe what they say is true that Nebraska is a tough gig.

Personally, I'm thrilled that Coach Riley is on board and I believe that he will surprise alot of people, but, he is going to need Husker Nations support. Boomer, are you still N?

Permalink Reply by Poodle on December 24, 2014 at 4:41am
Is it fair to assume that you know Eichorst personally? Could it be that Bo "sized Eich up" from the start (Bo said he did) and had an negative opinion of him without knowing him or even attempting a stab at a working relationship with him? It's a two-way street. Who are you going to believe (since none of us were in the room) the cool, calm and professional guy or the overly dramatic rager? Why is it that BoDefenders always talk about the profanity in Bo's closing "speech" to the team instead of the obvious?

Tragic event? No one died here Karen. I'm moving on and I hope that those wallowing and crying how Eich did Bo wrong do too or you're all in for a long and cold winter. GO BIG RED!!

Permalink Reply by Poodle on December 24, 2014 at 6:14pm
Sorry Karen if you felt that I was "slamming" you, I thought I was kind of stating the obvious based on your post. Still, none of the BoDefenders can tell me why they feel the need to bring up Bo's profanity into the conversation. Its as if that is the only thing that non-Bo supporters have a problem with which is far from being the case. In my opinion, swearing is the least of Bo's problems but that's another story that has yet to be written..

of course I'm still N why else would I be complaining? ;) I thought Bo was "slowly building something here" but I guess we can all just slap ourselves on the back and look forward to the auto-magical championships that surely will come with a coaching change LMAO at Poodle or NoNo whatever you call yourself these days

Permalink Reply by Poodle on December 24, 2014 at 8:24pm
Lol. "Slowly building something"...it was a house of cards that was bound to collapse sooner rather than later and far too late IMO (big surprise). It's not like those auto-mythical championships were ever going to happen with the old staff either. In Coach Riley I trust..GBR and Merry Christmas Boomer.

Boom,  you may want to see a Dr about your depression.  Bo is not coming back, deal with it.  You also know better than to accuse me of what only Bolievers would do and that is post with multiple screen names.  When it comes to discussing Bo, you always know when I an typing and have been for six years!  After he lied to us the first time at Football 101 in 2008, I have been on his case.  Now all I have left are those few that continue to support him after he was finally exposed for what he is and dealt with accordingly.

Permalink Reply by David James on December 27, 2014 at 2:23pm
We are already a better team with Bo moved out and all of the drama over. Now the focus can be on the team, the University of Nebraska and a bright future. I'm going all in on Riley. He deserves a unified fan base as he works to build toward a great first year.